The Offshore Academy, Britain’s only centre of excellence for single and shorthanded yacht racing has been recognised by the international GREAT Britain campaign (which operates in 144 markets) for its expertise in providing pathways to professional sailing.

Joining the campaign under the ‘Sport is GREAT’ message The Offshore Academy will sit alongside other British sporting Greats such as; Wimbledon, The Premier League, Lewis Hamilton and Wembley Stadium. 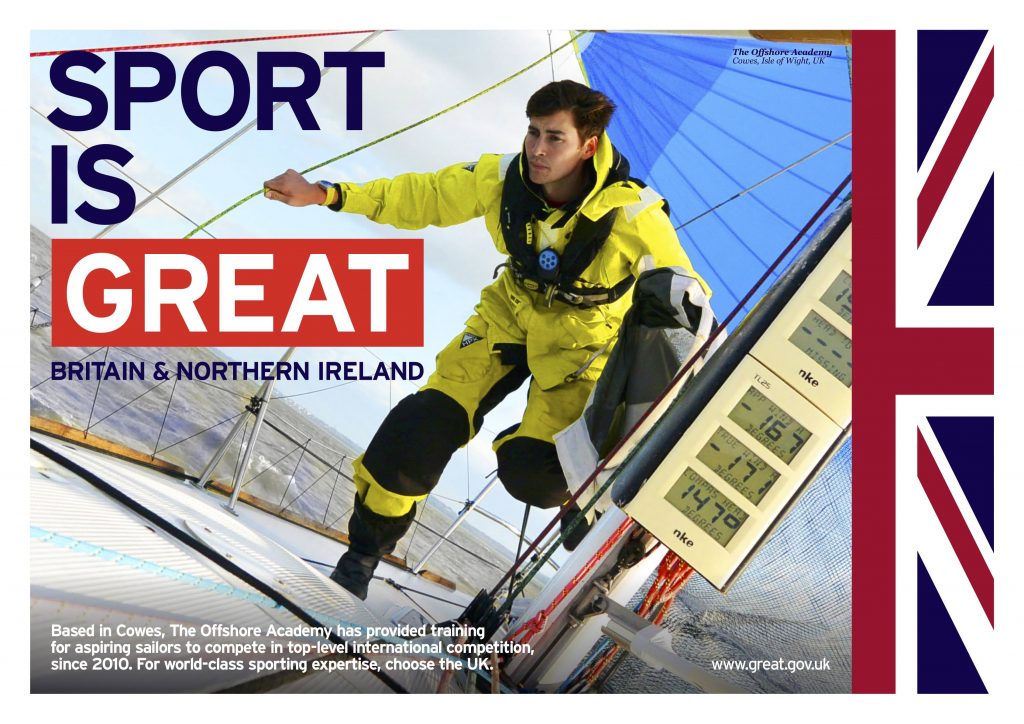 The Academy has helped promote and launch the careers of numerous sailors, Academy Alumni who have gone on to compete internationally in the professional sport, from; Jack Bouttell and Henry Bomby competing in the last Volvo Ocean Race - Jack winning onboard Dongfeng Race Team. Rob Bunce winning the Youth America’s Cup with Land Rover BAR, Sam Goodchild competing on Netflix Narcos in the Route du Rhum to Richard Mason competing & winning with SAP Extreme Sailing Team and selected for the British Sail GP Team. Whilst the focus of the Academy is in short handed offshore sailing, the skills learnt are applicable to any professional sailing team.

I’ve been lucky to have worked with The Offshore Academy, it was my ‘university’  my ‘apprenticeship’, I’ve gone on to break ocean records, and compete in the iconic Volvo Ocean Race, without the Academy’s support it would have been a struggle.  It’s great to see them as part of the GREAT campaign, the Academy has made a big difference for a large group of sailors who now sail with and against each other at the highest levels. 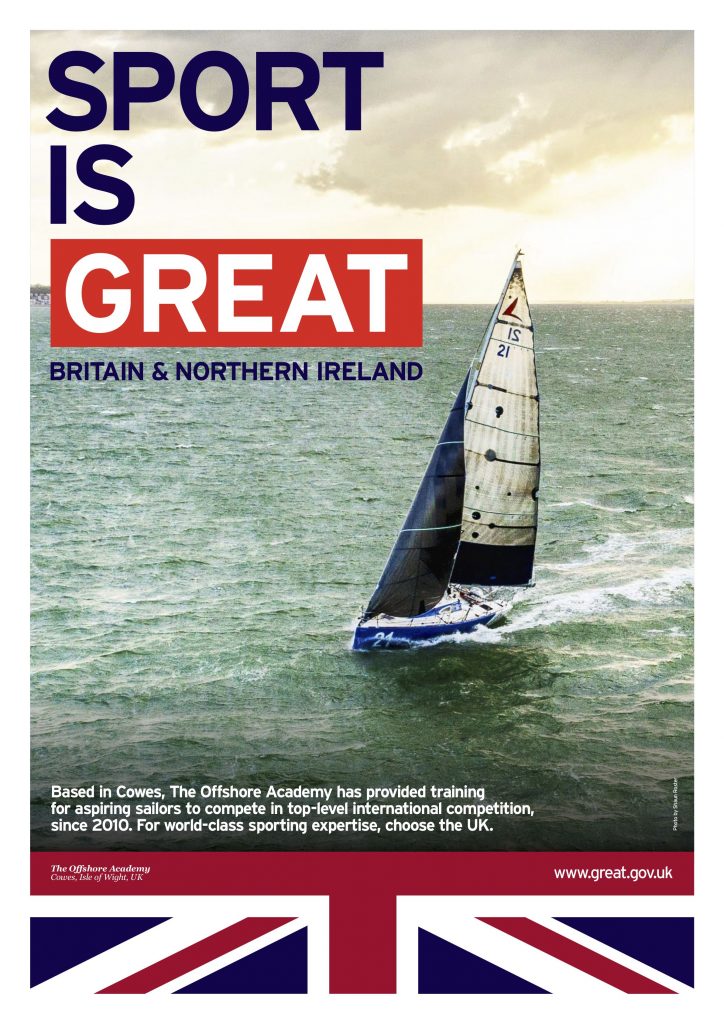 With the recent inclusion of a mixed crew, double handed offshore event in the Paris 2024 Olympic Games, the experience and knowledge of The Offshore Academy is well placed to keep Britain at the forefront of offshore sailing and supporting a potential Olympic medal winner.

Get in touch to find out more about the Academy’s partnership programme, you too can join something GREAT!

Find out more about the GREAT Britain Campaign at: www.greatbritaincampaign.com

With the introduction of a double handed, mixed offshore world championship to the annual sailing calendar and an offshore medal on the roster for the Paris 2024 Olympics, British sailors Hannah Diamond and Henry Bomby have joined forces to race together in 2019, laying down strong foundations for a full Olympic campaign. Although the prospect…

The Offshore Academy is GREAT….

The Offshore Academy, Britain’s only centre of excellence for single and shorthanded yacht racing has been recognised by the international GREAT Britain campaign (which operates in 144 markets) for its expertise in providing pathways to professional sailing.   Joining the campaign under the ‘Sport is GREAT’ message The Offshore Academy will sit alongside other British…

| Hugh Brayshaw Finally getting to the last leg of the Solitaire du Figaro is an exhausting achievement, and it is often the most painful leg of them all. But it is also the most rewarding and satisfying feeling to cross that finish line and complete it all. We had just one nights rest after the…

| Hugh Brayshaw After the frighteningly fast Biscay crossing in Leg 2 our trip back to France was frustratingly slow, testing my mental toughness over four days and 440 miles. The forecast for this leg was to be entirely into a very light wind with a huge high pressure dominating the race course. Another leg…

| Hugh Brayshaw After the success of leg 1, I was running on a high throughout the stopover in Saint-Briuec, lots of positive messages online and compliments from the other skippers. It wasn’t the best stopover for me regards sleeping, unfortunately. When I finish a leg I like to eat, shower and then sleep for…